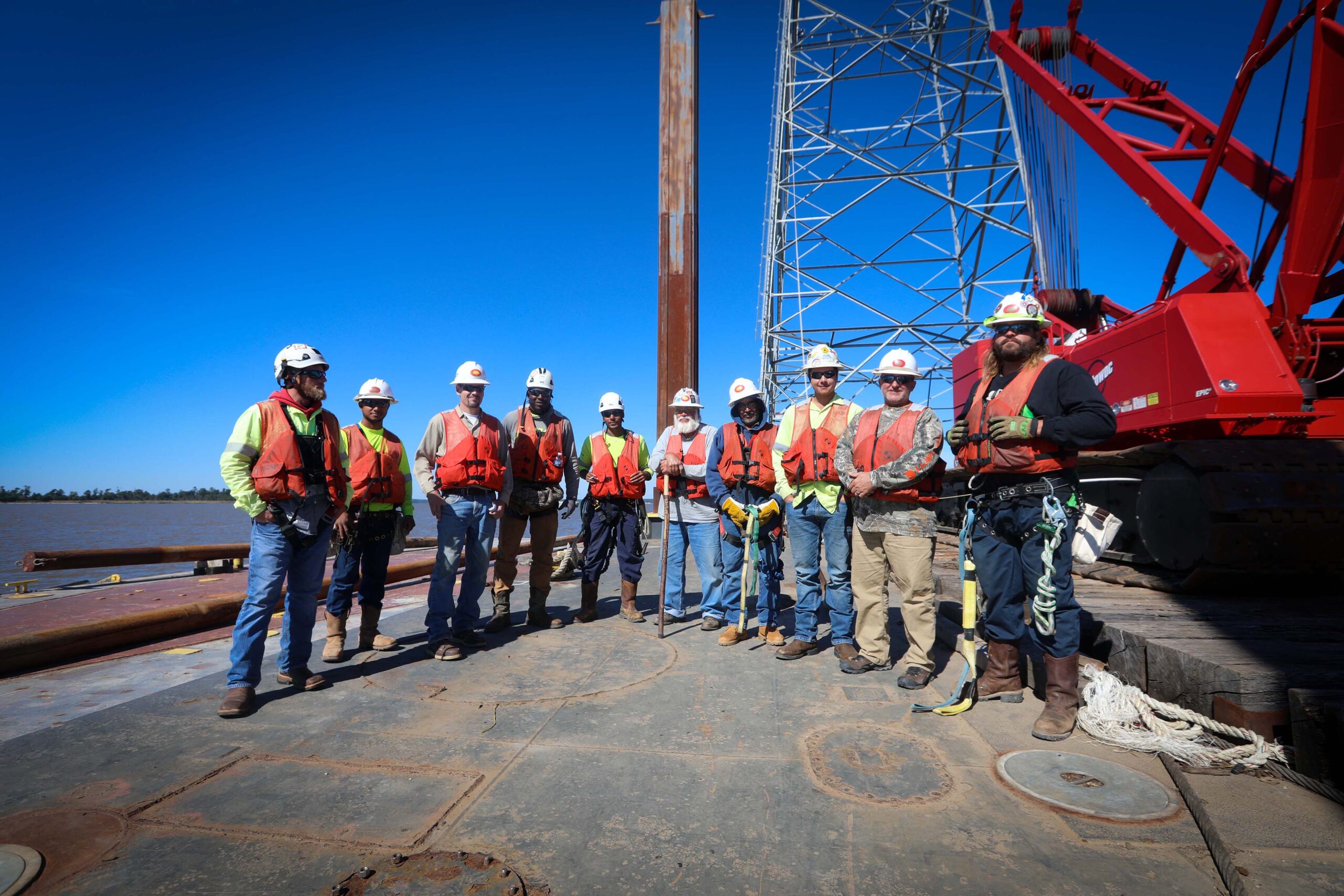 A VISION TO POWER THE TWENTIETH CENTURY

Lewis Edward Myers was working with Thomas Edison as a salesman in the late 1800s when he decided to harvest a dream that Edison had inspired – to power the approaching Twentieth Century. Building on his dream, Lewis E. Myers opened a small Chicago office in 1891, with the intent of connecting villages and towns to major cities along railroad lines in the Midwest. In 1898, Myers was awarded his first landmark project to electrify an elevated line in South Chicago to serve the 1893 World’s Fair. 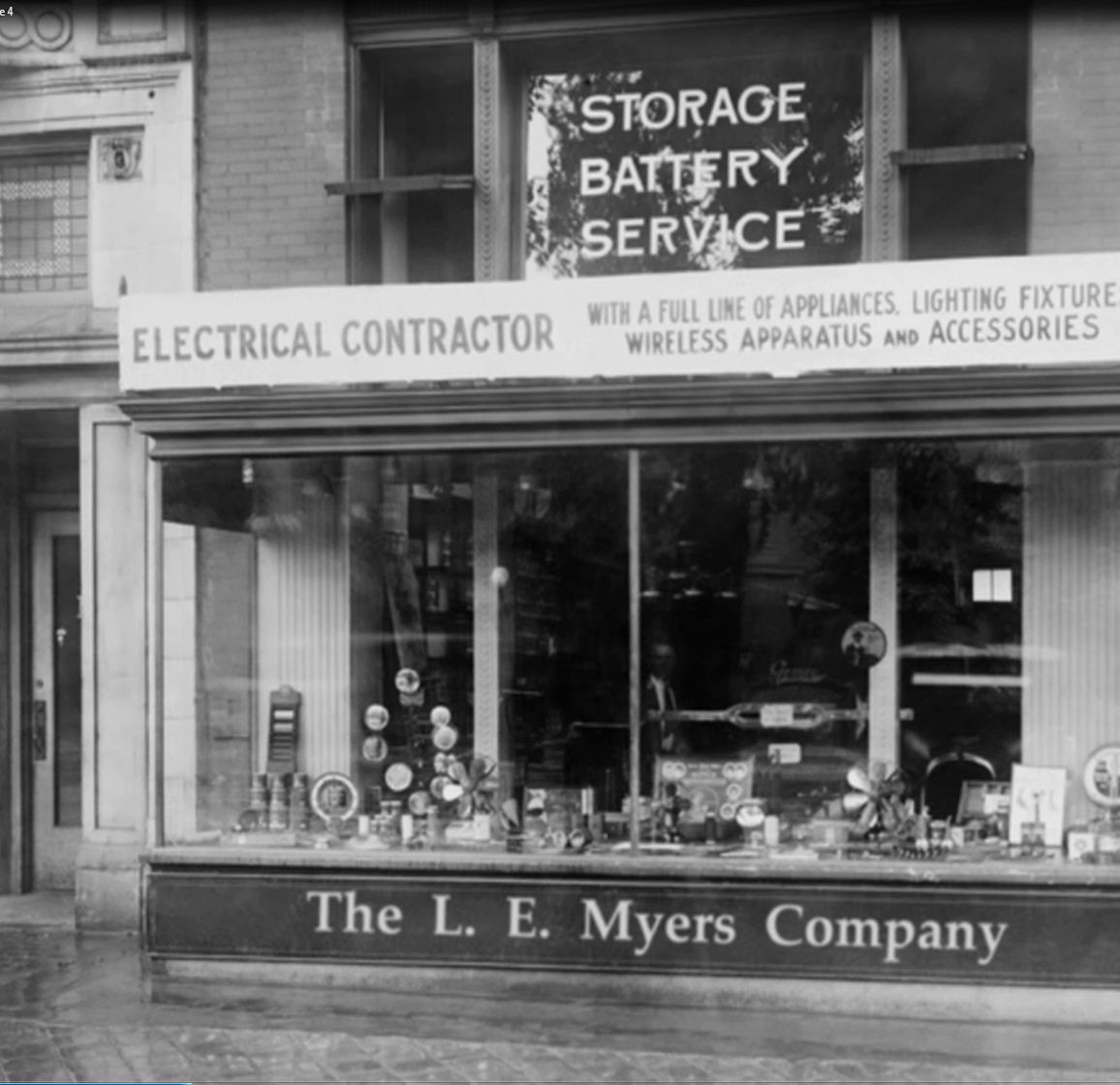 Throughout World War I, L.E. Myers began to diversify capabilities and focused efforts on “powering up” war-related industries. 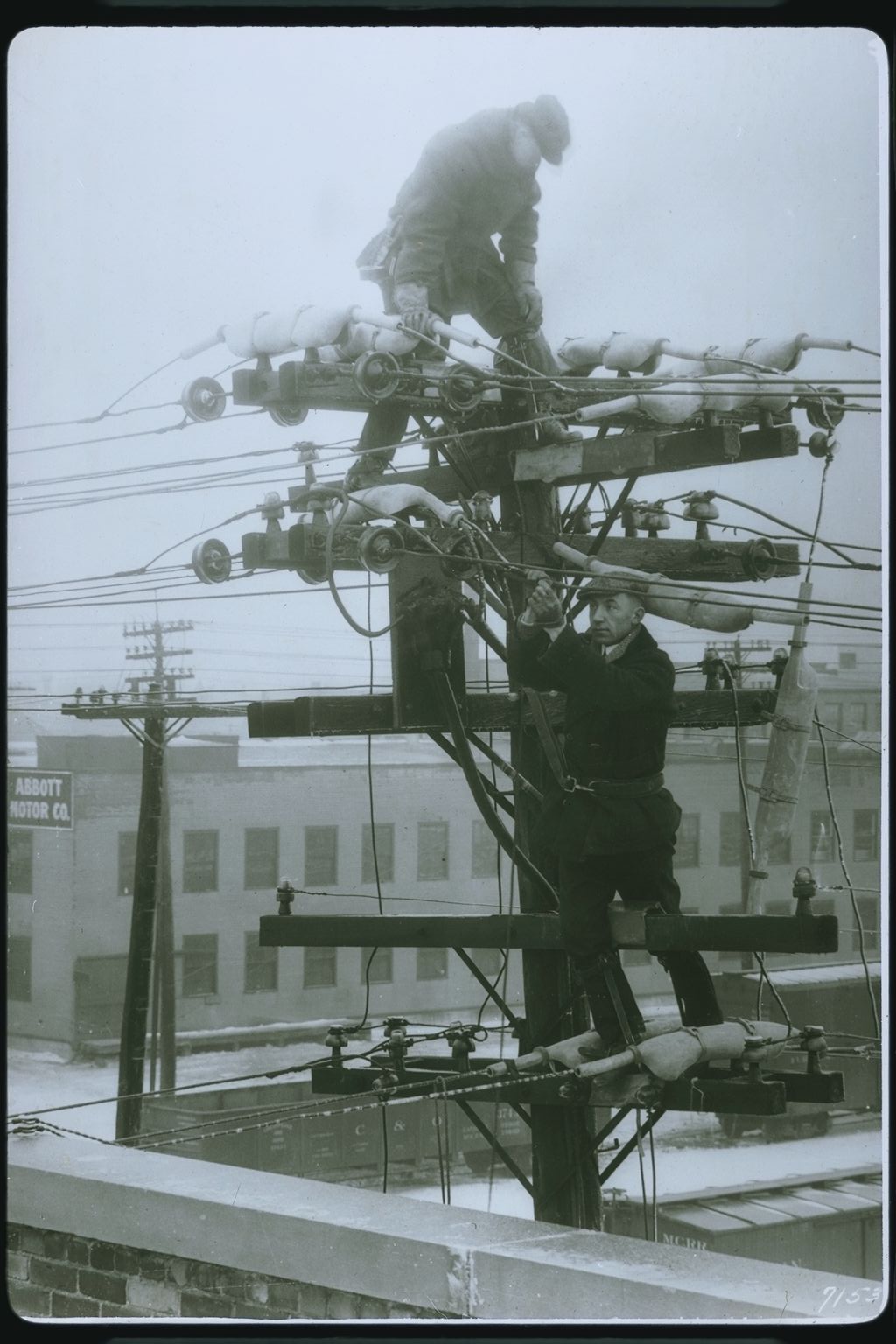 In the 1920s, the U.S. Army Corps of Engineers was authorized by Congress to build hydroelectric plants throughout the U.S., presenting work for those with electrical construction expertise. 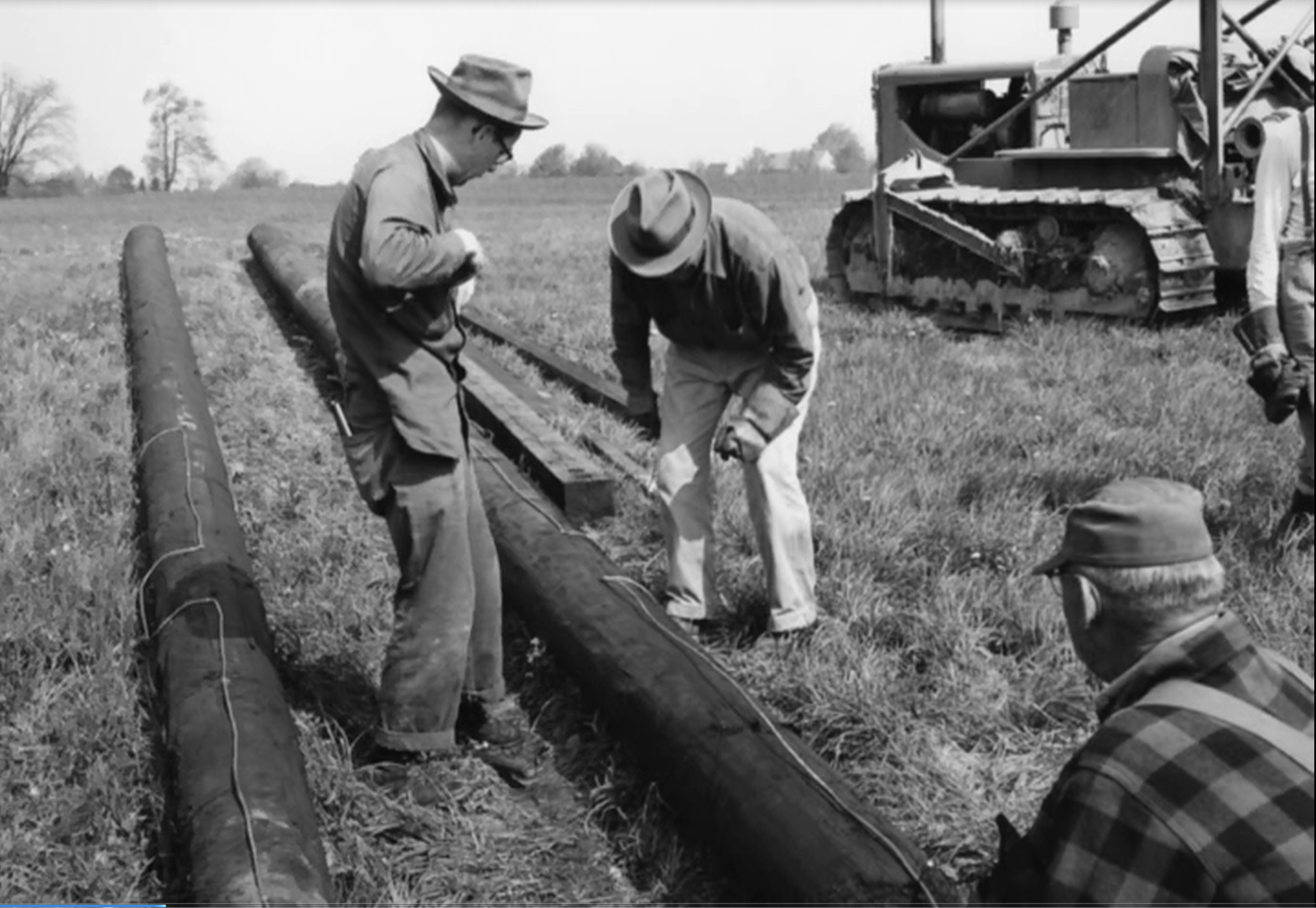 The Company moves into constructing larger projects of higher voltages and successfully completes a major portion of a new 220kV steel tower line between Pekin and Chicago, Illinois, which was the first 220kV line in the Midwest. 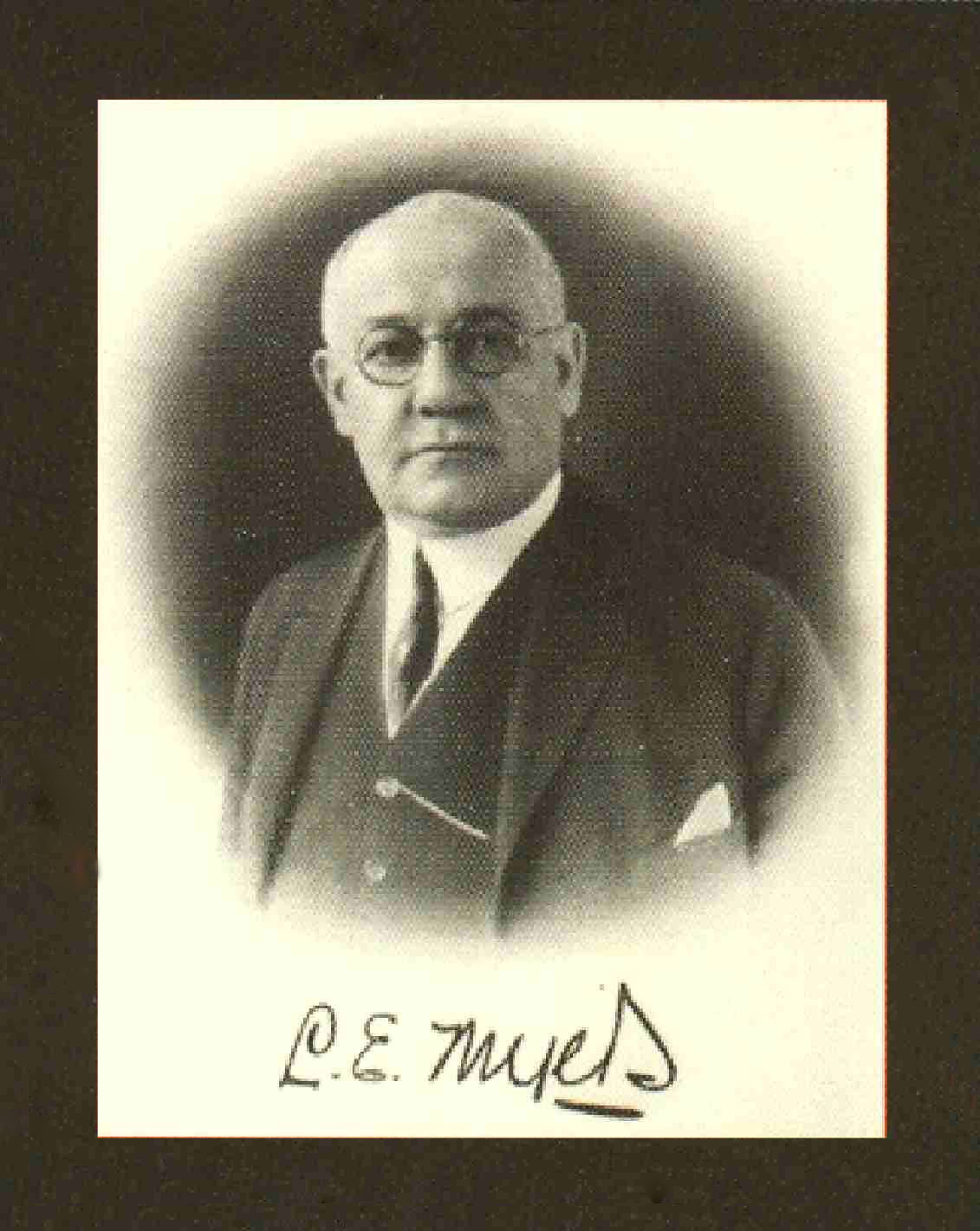 1940s – Powering Another War Effort & Loss of a Visionary

As our nation’s livelihood revolved around the war effort, L.E. Myers worked tirelessly electrifying defense plants, wiring military installations, and serving to maintain an uninterrupted flow of power to factories and facilities. 1945 marked the death of Myers, yet his vision and legacy of accomplishments have continued to fuel the Company’s success to this day. 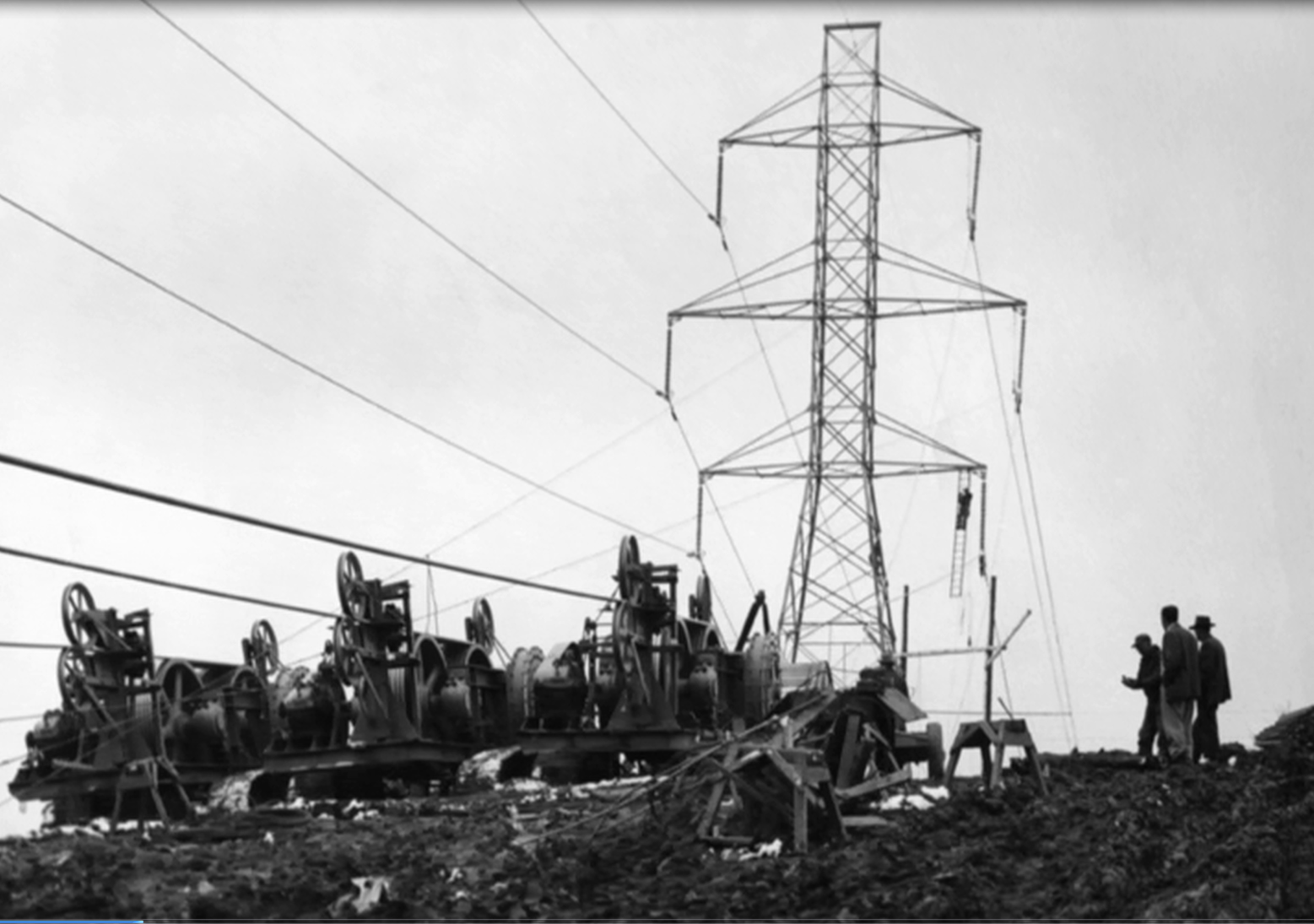 In 1957, L.E. Myers’ best linemen were sent to India to teach nearly 200 native line workers on the proper and safe use of modern tools and equipment for the repair and maintenance of energized overhead electric lines. Our instruction and involvement served as a critical foundation for the development of proper training for future line workers in India. 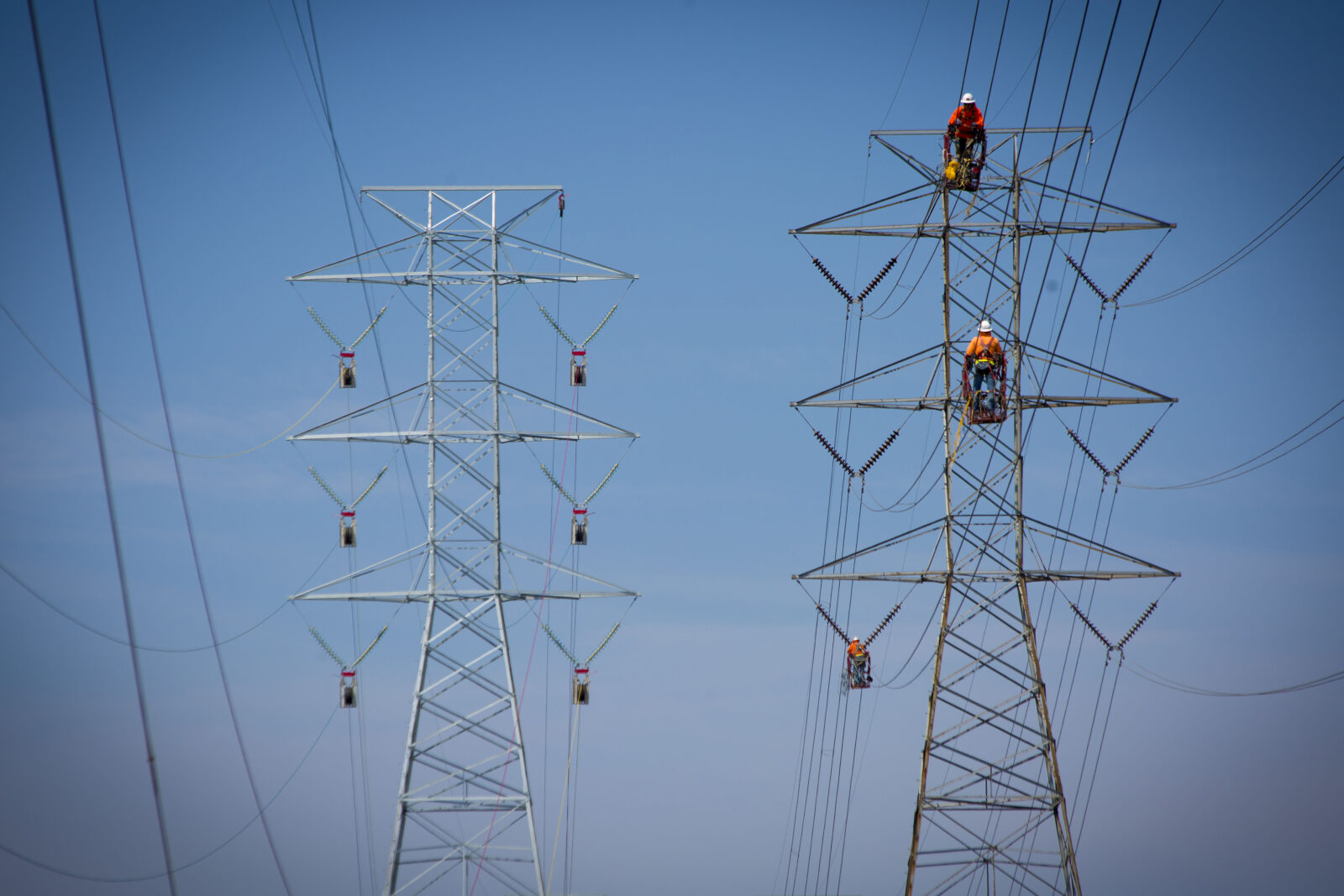 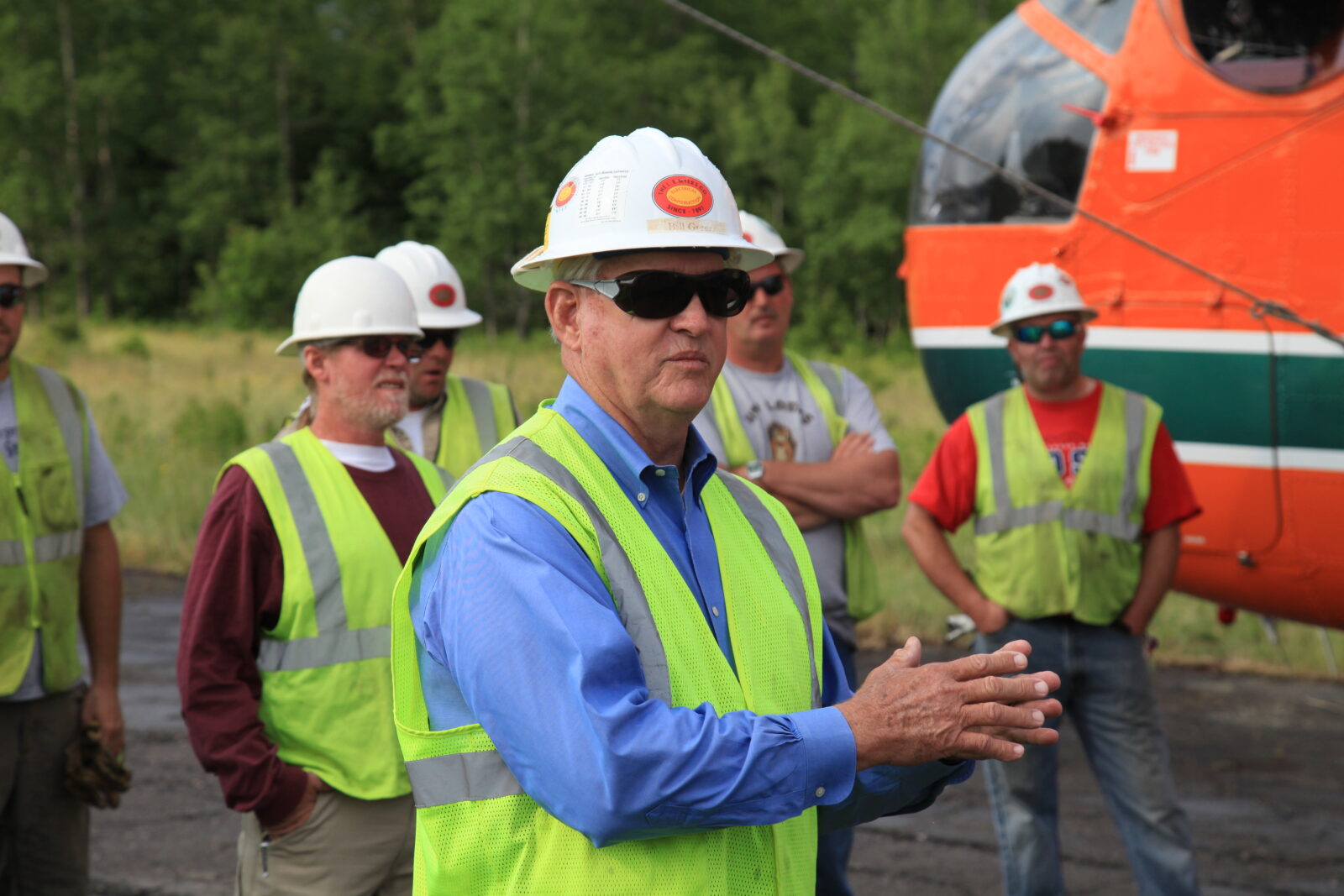 In 1991, the Company celebrated 100 years in business – and earned a reputation as a leading high-voltage electrical contractor to utilities and private developers throughout the U.S. Since the ‘90s L.E. Myers has established numerous successful, ongoing performance partnerships with utilities such as Tennessee Valley Authority and Ameren Corporation. 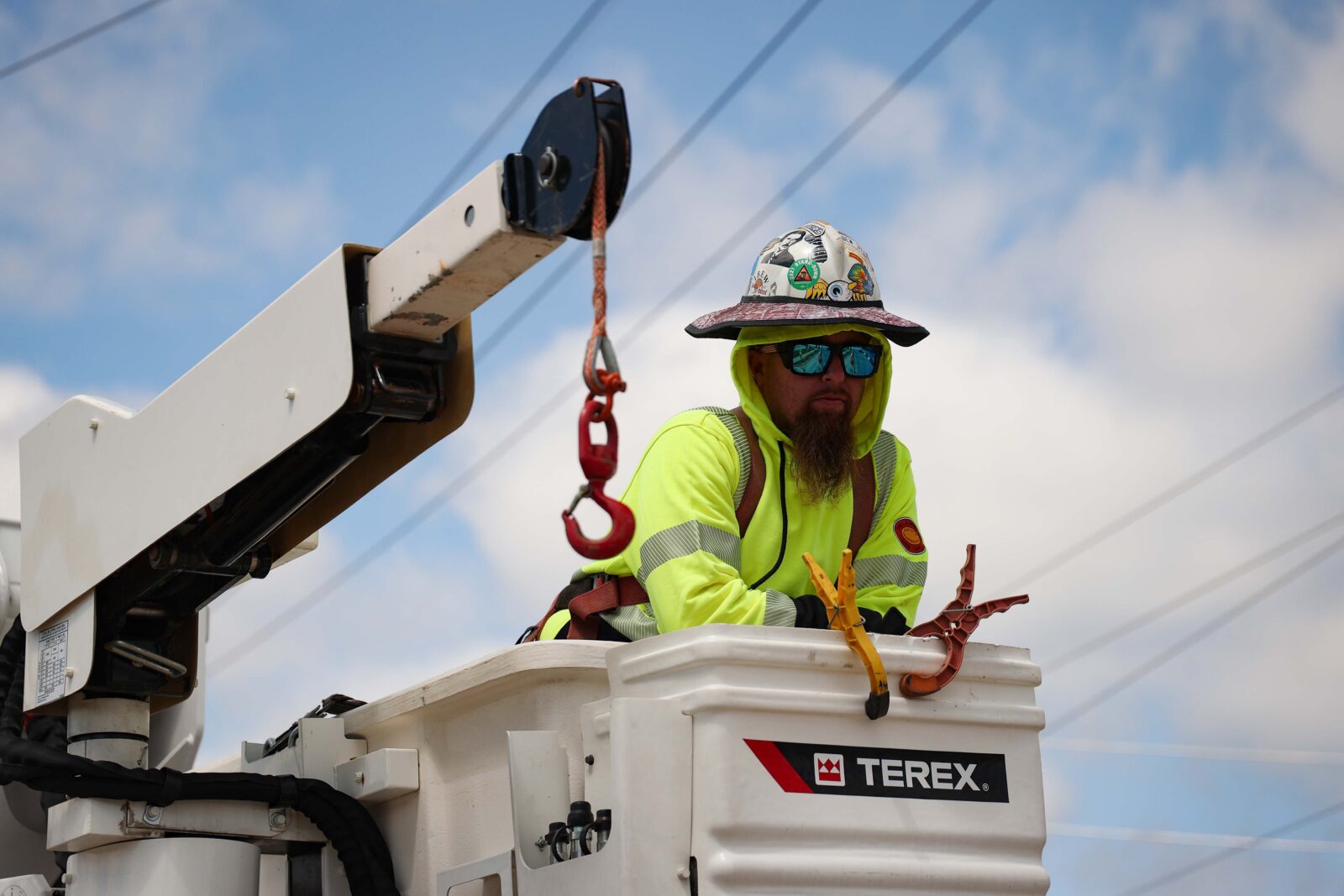 In 1995, MYR Group Inc. was created as a holding company of specialty electrical contractors, which has helped to expand L.E. Myers’ presence and resource capabilities throughout every region of the U.S. 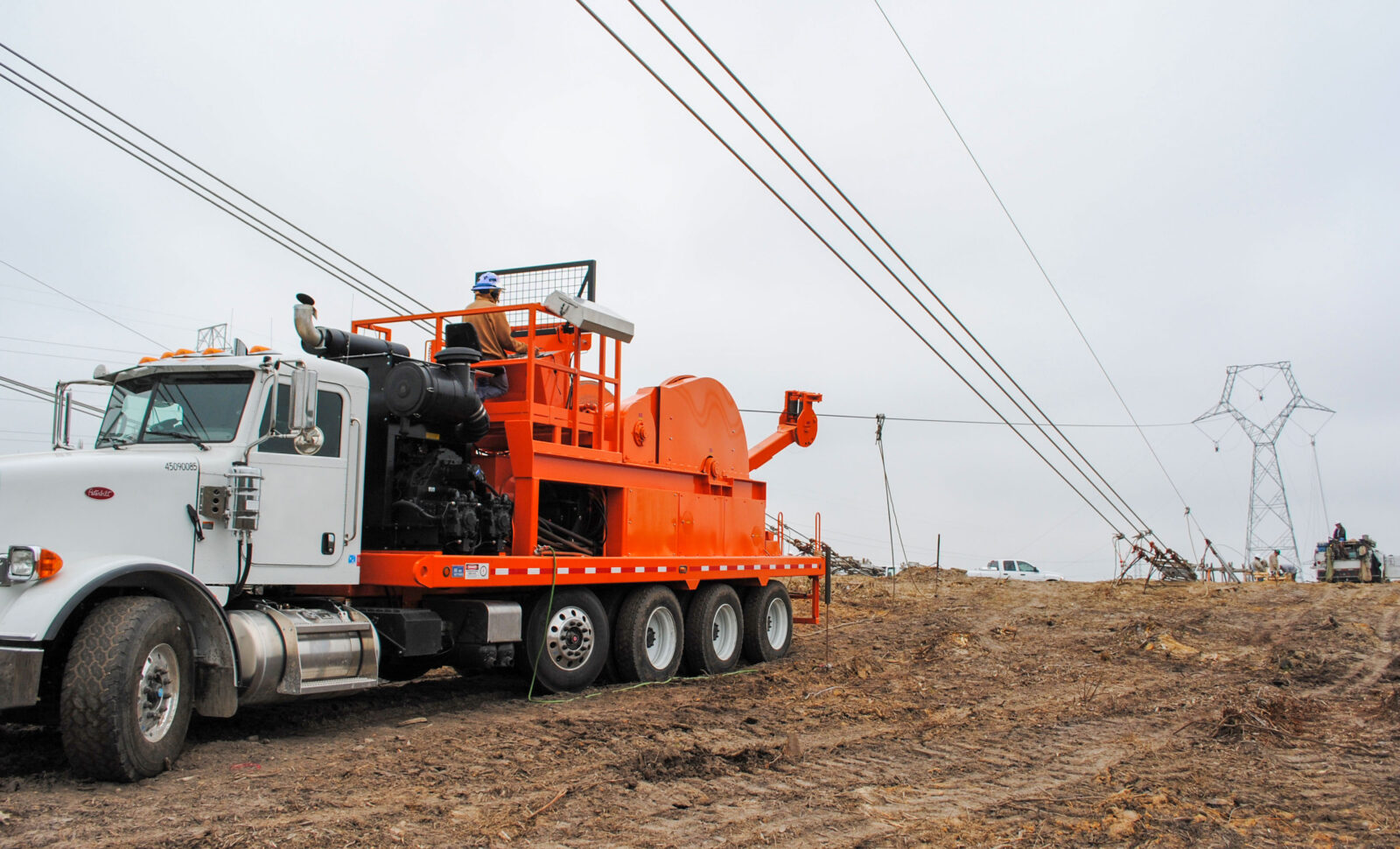 In the 2000s, The L.E. Myers Co. developed a custom computerized wire pulling system, designed to improve safety and enable operators to monitor both line speed and line pull. 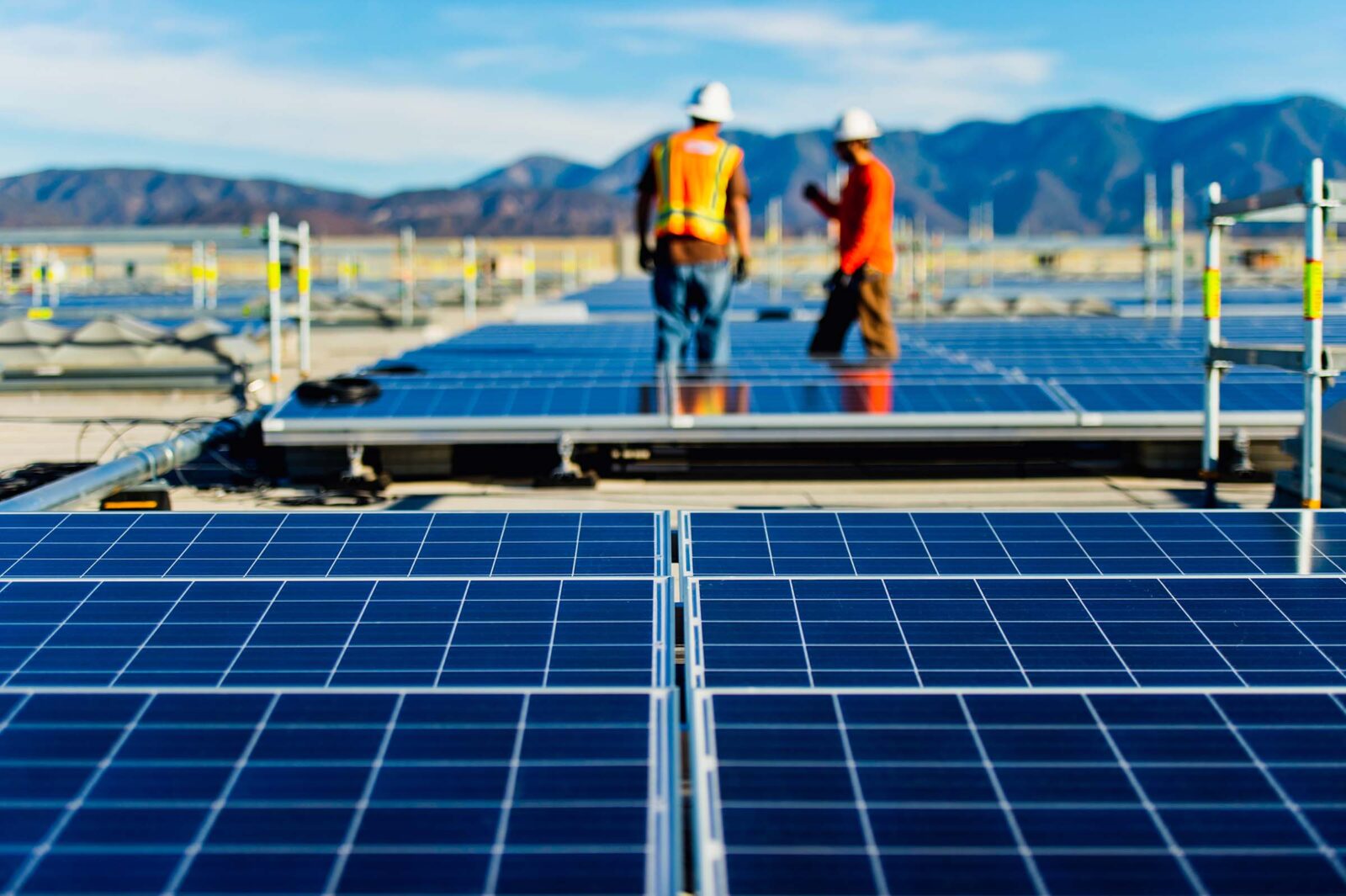 Beginning in the 2000s, a major transmission build-out was underway throughout the U.S. With much of our nation’s infrastructure built in the ‘40s and ‘50s, coupled with our technology-driven world, replacing outdated infrastructure and adding capacity became critical. Today, L.E. Myers continues to partner on large utility-scale electrical infrastructure upgrades throughout the Midwest, Northeast, and Southeastern U.S.  As we help power a clean energy future, our top priorities are unwavering: reduce our environmental impact, protect the wellbeing of our people, and support the communities where we live and work.

Strength in our future as a member of MYR Group inc.